Moving forward with very slow steps with the book I’m following to learn Danish “Colloquial Danish”.
It’s not a bad or boring book, but the ordinary methods of learning a new language [with books,formal curriculum & courses] don’t work well with me, I keep forgetting what I just learned from them!

I learn much more from movies, radio & social media. But the ordinary ways are very important [I know

] it’s important to learn systematically and understand the grammar and all that.
Specially, that I’m serious about learning Danish and planning to join Folk high school in Denmark next year, so it’s not just only because I love Denmark, the Danish culture and the language sooo much. ♥️
So, I should continue with the book and move forward faster.
Anyway, I’m now on chapter 7 and it’s called “små problemer – small problems” and there is an interesting exercise that I want to share it with you now.
It’s for practicing the various ways of expressing Liking & Disliking in Danish.

My Answer is (Mit svar er):

I do not like badminton, in fact, I do not know anything about this sport.

I love America, but hate the president.

I am fond of computers since I was a child.

I hate eating fish and meat, but I’m not a vegetarian.

I love coffee, but I do not drink more than 3 cups a day.

I love kids and I have 2 lovely nieces.

I can not keen on opera but love classical music.

Unfortunately, I have never tasted rye bread, but I think I may like it a lot.

Note: I’m still a beginner, so my answers probably have some mistakes.

Here are the most interesting Danish words/sentences I found last week, mostly from the movie “I Kina Spiser de hunde – in China they eat dogs” loved it soooo much that I watched it more than 5 times till now :)) 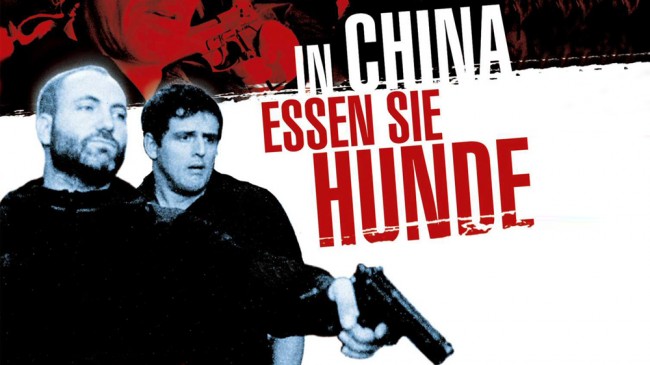 Also words from the funniest weather forecast EVER from DR2 tv, presented by the Danish comedian Anders Jørgensen (Grau). Unfortunately his show ended on 31 August, but all episodes he made this summer are available on DR2 website & their facebook page too, with Danish subtitles.

Now, before my list, the youtube channel  “A taste of Danish” has uploaded a very helpful video last week, with a long list of Danish sentences to say when we feel confused about something, I think it’s worth checking out.

you can find all “Danish words of the week” here

Last week I have started to post some of the Danish words/sentences I found helpful in social media, tv shows, Danish newsletters….etc

The first post  was a very long list in a very boring table (sorry about that), So, this week will try something different, hope to be more helpful and organized.

Hej, today I going to share some interesting useful Danish words and sentences I have found this week from various resources: 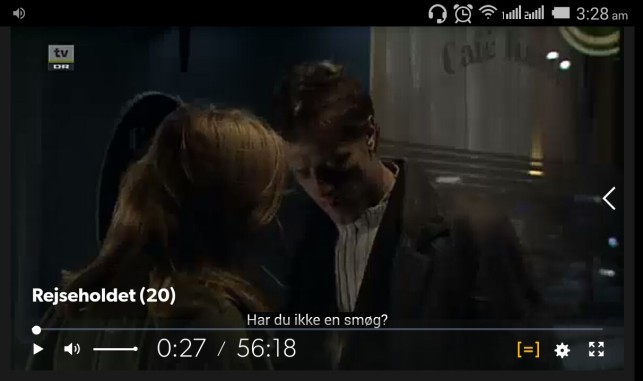 Trying hard to write down every useful word/sentence in a small notebook. Now I have a lot of them, and thought it might be a good idea to share some of them here in a weekly post, with translation, where I found them, and may be notes on some of them.

That’s all for week 1 hope to post again next week… & please tell me if following social media content in a language you want to learn helped you?

Note: undskyld/sorry, for this poor table, I tried to fix it in many ways but couldn’t, I will find another way to arrange it next time, & please if you have any suggestions or advice, let me know… tak!

It’s been so long since my last post, almost 3 months now… not because I have nothing to say [actually there is a looooong list !] I’m just not good at writing, don’t know how to turn this big mess in my head into organized readable posts!

But I’m not going to quit, will try harder till I find my voice and learn to write better.

Anyway, to break the silence, will just share my answer to an exercise from the book I’m following now to learn Danish… it’s “Colloquial Danish” by W. Glyn Jones

Chapter 5 – Exercise 8:
What have you been doing -or not doing- in the past few days or years?
Write down some short sentences, using the “Present perfect”
[ex: jeg har købt en hund]

My Answer is (Mit svar er):

Just finished the new Netflix Danish production “The Rain” …so happy that they finally added another one, beside the amazing show ‘Rita’. unfortunately there isn’t any more Danish shows or movies on Netflix MENA (I’m in Egypt).

Anyway, it’s a really nice, exciting show & become very tense from the middle to the end. Loved Martin, Lea, Beatrice & Rasmus mush more than Simone… not sure why is that!!

Actually I was so excited to watch it because listening to the language through movies/tv shows/music/radio made Danish more & more Familiar to my ears, even before learning any words [that was my first approach learning Danish] & with more listening/watching with context I started to learn my first danish words & sentences. Not much, not efficient way to start learning new language , but I learned much more about Danish culture [which it very important to understand when learning new language in general, but far more important learning a language that no other country speaks it, with very special culture & mindset, and with less than 6 million population.]

Plus, when you life few days/weeks with the characters & hear some words repeated in certain context, they become easy to learn & hard to forget because it will be stored in the subconscious mind mixed with emotions.

May be it was hard to focus on the language on the first watch because I was absorbed in the story, that’s why I’m going to watch it again, but this time with Danish subtitles.

Another thing that disturb this process [specially for a beginner like me] that sometimes the dialogues are not clear enough with a lot of noises in the background, that’s bad but in real life that could be the case too… so it’s way of practice too 🙂

Now, here are some words & sentences I learn watching “The Rain” so far:

What’s about you? Did you watch the show?

Do you think that watching movies/tv can help learning new language?

Will be so happy to read your thoughts  🙂

For a while now I was looking Dansk blogs to follow… it’s was kind of hard, not knowing what to type in the search box, is searching in English will help or better to search på dansk?!

Following the common sense I started by just typing “Danish blogs” …actually that didn’t help much, though there is like 1 good link to start with.

A better way to find Danish blogs is to create account in Bloglovin.com and search within tons of blogs and posts. Follow what you like and you will find everything in one place, they have an app too.
Actually just searching for Denmark, Danish & Dansk was enough to find a lot of great blogs.

But, saving the best for last… BloggersDelight.DK this treasure is a Danish bloggers network (pure Dansk content)
You can search with any keyword in mind (in danish of course) and find a lot to read and follow

And here is a list of some nice blogs I found till now:

This is it for now, maybe next time will write about Danish Instagram!

My Danish Way
Create a free website or blog at WordPress.com.